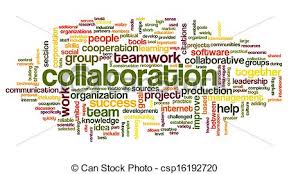 In my anthology, Written Across the Genres, there are two collaborative stories. Two groups of writers wrote separate stories that began with the same paragraph. One class had 22 participants. Story Two had 10. Via emails, each person, within the maximum of a 150 words, continued the plot line from the last written entry. The larger number of writers who contributed and the clues in the plot made the consistency of details a challenge in Dock Story One. It took several months to complete. In my posts during the next few days, I will blog the first story. In keeping with my preference for short blog posts, I’ll do a page or two each day. The story will be done by Monday, with the names of the contributors.

Out of breath from racing to catch the last boat of the night and then missing it, Marian slumped on the stairs below the Pont-Neuf. She had sacrificed dinner with her traveling companions at the La Rose de France to be on this Seine River tour. Taking a cab to the Eiffel Tower light show wouldn’t be the same.
She thought everyone had left the dock, but a slim, middle-aged man in a black topcoat and a hat waited for a boat, on the wrong side of the pier. In his right hand, he gripped a small satchel that had a rip on one side. How long had he been standing there?
“Sir, something is falling out of your case.”
He didn’t move, but a wave of his fatigue and sadness smothered Marian. She struggled to leave, wondering if she could make it to the street level.
She brushed back the chestnut hair from her tired green eyes. Cat eyes, her father called them. She remembered how his disappointment had weighed her down with unbearable guilt, how she hadn’t been able to explain the suffocation she felt following the path he’d created for her, making practical decisions for the future and ignoring the present.
Marian had run away from him. She was tired of dealing with the bureaucracy in the state department with the mountains of paperwork that led to no results. Her domineering father had chosen the tedious profession for her. She didn’t tell him she had resigned. In Paris, she’d be able to think, to breathe, to decide what she wanted.
“I’ve missed the boat . . . again.”
Poised with one foot on the first step, Marian heard a sob. A quiet intake of breath, a wheeze of air as it passed trembling lips. She turned back. Did the cry come from the stranger or was it her imagination? He stood anchored to the wooden planks. His head bowed over the satchel.

“Sir, can you hear me? Are you all right?” Over the gentle lapping of the Seine, Marian’s senses strained.
“Help me, please,” his whispers drifted through the moist night air. “They have a woman prisoner . . .”

Marian eased closer, yet kept one eye toward her escape.
The stranger lifted his head. “The key. Take it. No Gendarmerie.”
In the moonlight, she saw the blood, a crimson stream as it flowed from his left temple. He extended his arm and tried to touch her. Then his eyes rolled back in his head, his knees buckled, his body crumpled to the ground.
The hairs on Marian’s arms bristled. “Oh, my God.” The pool of blood told her there was nothing she could do for him. Her mind raced. What now? Think. Think. She sprinted up the stairs frantic for assistance but the streets were empty. “Where is everyone for God’s sake?”
She ran back down the stairs. The satchel. She had to find out who he was, who to call. Her hands trembled as she picked up the bag. The combination of the weight and torn material caused the bag to rip open. Sweat beaded on her forehead as euros spilled on the dock.

One response to “Collaborative Stories”