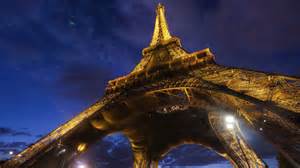 Marian felt like an outsider while her father and Gen reunited with her mother. She gazed at the sparkling lights on the dazzling landmark. From the dock to the tower was what she had wanted, but she never expected the dangerous way to arrive there.
“Marian, join us,” her father said as he pulled her closer. She blanched at his touch but followed him. “You must have questions.”
“Interpol? Were . . . are . . .”
“Yes, the three of us since before you were born.”
“I went undercover and then couldn’t get out. All those years wasted,” Marian’s mother said.
“Gen, you embezzled?”
“For your mother’s release. Interpol didn’t send the money fast enough. I had to save my sister.” Gen kissed Marian’s mother on her cheek.
“The key?”
Her father whispered, “Classified information with a potential to start another world war.” Aloud he said, “Let’s go home.”

2 responses to “Collaborative Story Dock One”