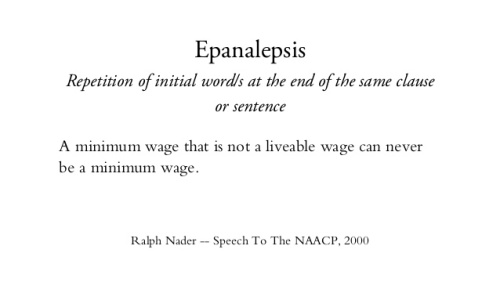 Our ears heard it, but we could not believe our ears.

The theory sounds all wrong; but if the experiment is a success, I cant worry about theory.

“Next time there won’t be a next time.”   (Phil Leotardo in The Sopranos)

To report that a raise in wages is still under discussion is to tell us that there is nothing to report.

Nothing is worse than doing nothing.