Victoria Zackheim & Contributors read from Zackheim’s anthology, Faith: Essays from Believers, Agnostics, and Atheists at Mrs. Dalloway’s Bookstore in Berkeley on February 25th. Zackheim is the author of the novel The Bone Weaver and the editor of five anthologies, the one before Faith was Exit Laughing.  She writes documentary films and teaches creative nonfiction in the UCLA Extension Writer’s Program.

Among the readers at Mrs. Dalloway’s event were two writers I recognized from the San Francisco Writers Conference:Tamim Ansary and David Corbett. I remember hearing Ansary speak for the first time at the Pleasanton Library about five years ago when he promoted his book: West of Kabul, East of New York. At Dalloway’s, he read a short excerpt from his essay titled “A Secular Mystic”

David Corbet read from his “Love and Insomnia”. Corbet is a speaker at the SFWC and will speak at The California Writers Club, Tri-Valley Branch’s Conference in April, 2015. 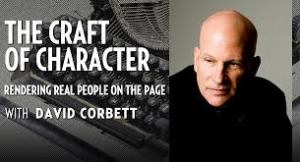 At the reading, Zackheim described the surprises she experienced when the essays  for Faith arrived. Each writer approached the question, “What do you believe?” in various ways. From Islamic roots that led to secular mysticism to another writer’s heated, anti-religious rant, a reader will find wit, humor, candid personal truths…something for everyone.

Faith is a book I recommend and perhaps it will be an inspiration to consider…what do you believe?