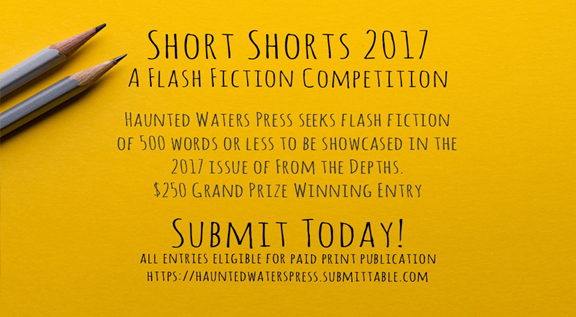 What are you writing?

They seek flash fiction of 500 words or less.

Grand Prize winning entry, and Runners Up to be announced within 60 days of closing.

All entries eligible for publication in the 2017 issue of From the Depths.

Contributors to be paid $20 for each published story.

All entries accepted via Submittable.