A Nietzsche Quote To Remember

“He who would learn to fly one day must first learn to stand, and walk, and run, and climb and dance. One cannot fly into flying,” said Nietzsche.

I tend to want to fly into flying. I’ll be attending a three day workshop in Santa Cruz that will help me learn to stand and walk, maybe even run, into getting my project on track. Right now I feel like I’ve been crawling. Wish me luck.

Saturday afternoon, Kevin Smokler will speak at the Tri-Valley Branch of the California Writers Club. Smokler is an author, consultant, and speaker.

“The writer’s life comes with triumph and disappointment. You can always count on the disappointment. What writers do with, and learn from, that disappointment is often the difference between success and near misses. How do you turn bad news and rejection into wisdom and the will to fight another day?”

I met Smokler at the San Francisco Writers Conference several years ago.  He consults with attendees and advises them on the success  of their work in progress.

Happy Birthday today, July 31st to J. K. Rowling author of the Harry Potter fantasy series. She is 50 years old and was born in Gloucestershire, England, named Joanne “Jo” Rowling.  She was a researcher and bilingual secretary for Amnesty International when she had the idea for the Potter novels. The books sold more than 400 million copies. They became the best-selling book series in history. Rowling has been ranked the twelfth richest woman in the United Kingdom. In October 2010, Rowling was named the “Most influential Woman in Britain” by leading magazine editors.

She has a sister, Dianne, 23 months younger than Rowling. The fantasy stories that Rowling wrote as a child were read to her sister. In the Potter series, Rowling based Albus Dumbledore on her headmaster at St. Michael’s Primary School. Hermione Granger she based on herself when she was eleven. She enjoyed reading Dickens and Tolkien when she was in school.

While she wrote Harry Potter, her mother died from multiple sclerosis and didn’t know what Rowling was writing. Rowling emphasized Harry’s loss of his mother in the first novel because she knew how it felt. She moved to Portugal to teach English as a foreign language. She liked to write while listening to Tchaikovsky’s Violin Concerto. She met Portuguese television journalist Jorge Arantes who shared her interest in Jane Austen. They married in October, 1992. Their daughter, Jessica Mitford was born in July of 1993 in Portugal and Rowling separated from Arantes in November 1993. With her daughter, she moved to be near her sister in Edinburgh, Scotland. She felt like a failure, was diagnosed with clinical depression, and her illness inspired the characters known as Dementors. The real reason she wrote in cafes was that she’d take the baby out for a walk to make her fall asleep which gave Rowling time to write.

In 2004, Forbes named Rowling as the first person to become a U.S.-dollar billionaire by writing books. She established a charity with a yearly budget of 5.1 million pounds to combat poverty and social inequality. The fund also gives to organizations that aid children, one parent families, and multiple sclerosis research. She is involved with several other charities. You can read about them at https://en.wikipedia.org/wiki/J._K._Rowling. 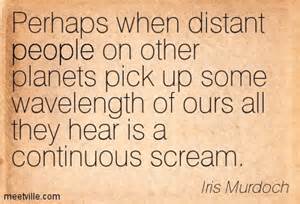 Iris Murdoch, an Irish-born British author and philosopher,  was born July 15, 1919 and died February 8, 1999 at age 79. She ranked twelfth on a list of “The 50 greatest British writers since 1945.” She wrote 26 novels and followed the tradition of novelists like Dostoyevsky, Tolstoy, George Elliot, and Proust. Murdoch was married for 40 years to John Bayley who wrote two memoirs about his life with Murdoch. Shortly before her death, he wrote Iris: A Memoir. After her death, he wrote a  sequel called Iris and Her Friends. His memories of Murdoch as she developed Alzheimer’s disease was made into a film with Kate Winslet portraying Murdoch. 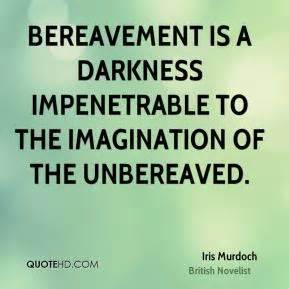 I haven’t read anything by Murdoch, have you?

My writer mentor teacher from years ago at Diablo Valley College, Jessica Barksdale, will be leading a writing retreat this coming weekend. I’ve submitted my ten pages and look forward to hear what is working and what isn’t. A chapter from  Norman in the Painting will be scrutinized.

She supplies us with breakfast and lunch, scrumptious sustainable food to keep us writing and critiquing. Her two dogs will keep us company.

I’m looking forward to it.

George Orwell is the pen name used by Eric Arthur Blair who was born on June 25, 1903 in British India. Orwell suffered from tuberculosis that was diagnosed in December of 1947 until he died in January, 1950. He believed that vague writing was a powerful tool of political manipulation and it could shape the way people think. In his essay Politics and the English Language (1946) he wrote six rules for writers:

Andrew N. Rubin argues, “Orwell claimed that we should be attentive to how the use of language has limited our capacity for critical thought just as we should be equally concerned with the ways in which dominant modes of thinking have reshaped the very language that we use.”[119)  (Information from http://en.wikipedia.org/wiki/George_Orwell) 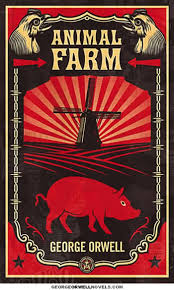 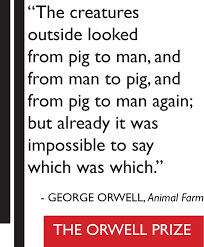 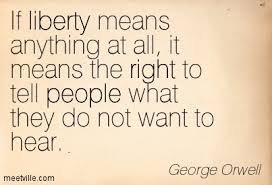 California Writers Club, Tri-Valley branch meets once a month. In June the speaker will be:

David Congalton is a radio talk show host and writer who spent 25 years chasing his dream of selling a script to Hollywood. The result was a 2014 feature film comedy Authors Anonymous, starring Kaley Cuoco, Chris Klein, Teri Polo, and the late Dennis Farina as members of a dysfunctional writing critique group.

Congalton’s second feature film screenplay Seven Sisters is slated to go into production in early 2015 with director Danny Leiner. Congalton, 61, shares his remarkable journey—the lessons learned and advice for those writers pursuing similar dreams. The shooting script for Authors Anonymous is posted online at htpps:www.imsdbdotcom for those interested in reading the screenplay prior to Congalton’s lively presentation.

David Congalton will share the agony and ecstasy of chasing your screenwriting dreams as the guest speaker for the California Writers Club Tri-Valley Branch on Saturday, June 20, 2015, at 2:00 p.m. at the Four Points by Sheraton, 5115 Hopyard, Pleasanton.

Do You Know the Name of the Author Who Wrote The Birds?

Probably most of you have seen Hitchcock’s movie The Birds, but did you know that Dame Daphne du Maurier wrote the short story?  “The film adaptation of her novel, Rebecca, won Best Picture Oscar in 1941. Jane Eyre by Charlotte Bronte was one of Du Daphne’s strongest influences. Du Maurier wrote The Infernal World of Branwell Bronte, a biography of the troubled elder brother to the Bronte girls.

“She often was categorized as a romantic novelist, a term she deplored.” Her brand of romanticism rarely had the happy ending romantic format. Instead, most of her stories had paranormal and sinister overtones. Today, she’s recognized as “A mistress of suspense.”

The Llewelyn Davies boys who were the inspiration for J. M. Barrie’s Peter Pan, were Du Mauier’s cousins. (See my May 10th post.) She was friends with Gertrude Lawrence and Gladys Cooper. 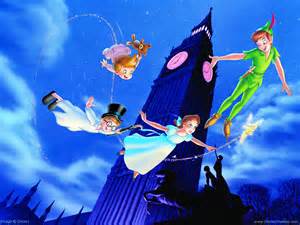 My favorite scene in Disney’s Peter Pan, the animated classic created in 1953.  J.M. Barrie, author and playwright, born on May 9, 1860 in Scotland, is best known for writing Peter Pan in 1904.

Barrie wrote his first novel, Better Dead, in 1887, and then several novels set in Scotland.  In 1890, he began to write plays and that same year he met the five Llewelyn Davies brothers who were the inspiration for Peter Pan. When the boys’ parents died, Barrie became their guardian.

Barrie wrote mostly plays after Peter Pan and he died on June 19, 1937 in London, England.

One of the sessions I attended at the San Francisco Writers Conference was called “Heroes & Villains: Building Compelling Characters for Crime Fiction.” Kate Chynoweth, who is the head of the self-publishing division at Girl Friday Productions where she is executive editor, was the moderator for the panel.  Three well-known authors on the panel included Cara Black, Laurie King, and Penny Warner.

Cara Black is the New York Times Bestselling Author of the Aimee Leduc Mystery Thriller Series of 14 novels set in Paris, France. She frequently travels to Paris for research. ” On each visit she entrenches herself in a different part of the city, learning its secret history. She has posed as a journalist to sneak into closed areas, trained at a firing range with real Paris flics, gotten locked in a bathroom at the Victor Hugo museum, and—just like Aimée—gone down into the sewers with the rats (she can never pass up an opportunity to see something new, even when the timing isn’t ideal…” information from her website: http://carablack.com/bio/  Her newest book is called Murder on the Champ de Mars available March 3, 2015 on Amazon.

Laurie R. King is the New York Times bestselling author of 22 novels and other works, including the Mary Russell-Sherlock Holmes stories (see my post on February 15, 2015 for more information or her website: http://www.laurierking.com/the-author

Dreaming Spies is the title of her most recent book released February 17, 2015, available on Amazon.

Penny Warner is a prolific writer of 60 published books for both adults and children. Her recent book is Her awards include

Mystery of the Haunted Caves

Penny Warner is a columnist for VALLEY TIMES AND HERALD, SAN JOSE MERCURY NEWS. Her recent post about missing Valentines Day with her husband because she was at the SF Writers Conference is an example of her humor. It’s called “GRAB A BOX OF CHOCOLATES AND GET INSPIRED” Thursday, February 19, 2015.

My next post will be a writing tip from each of the panelists that I wrote in my notes.